The floating LNG terminal in Omišalj and the Zlobin-Omišalj pipeline which will deliver LNG to Croatia’s gas transport system and consumers has been inaugurated, with prime minister Andrej Plenković saying this was a historic day, changing Croatia’s position on Europe’s energy map.

“Today we are in a totally different position. Friends and partners look at us with different eyes. This terminal, combined with those which already exist in Lithuania and Poland, is a new point on the north-south corridor. This fact is very good for the diversification of gas supply and for competition in Central and Eastern Europe,” Plenković said. 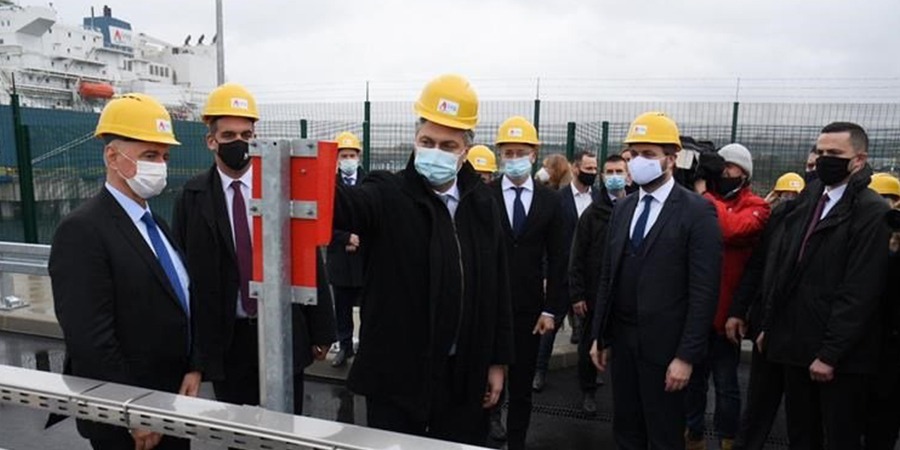 He added that this was a historic day also from the aspect of those who had worked for years on the realisation of this project.

He said that one of the first tasks of his government in 2016 was to lobby the European Commission to approve co-financing. “Considering the price of the project, we had no doubt at all that as a government we must stand behind this project financially as well,” he said, adding that it was therefore decided for the state to become involved.

The LNG Croatia project is worth €234 million. In 2017, Croatia signed a grant agreement with the commission totalling €101.4 million for the construction of the terminal.