The results included $8.4 million of FFO from its recently acquired bulk liquid storage business in the UK and the Netherlands from NuStar, which operated at a 95 percent utilisation rate. 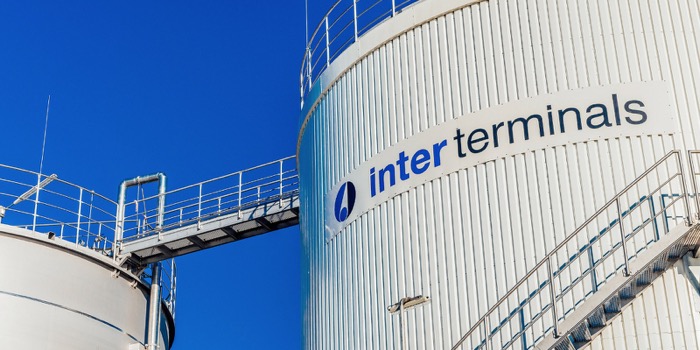 “During the first quarter, our oil sands transportation business continued to generate strong, stable cash flow and financial results from European storage improved meaningfully with the addition of the recently acquired UK and Amsterdam terminals,” commented Christian Bayle, Inter Pipeline’s President and Chief Executive Officer. “Our NGL processing business did face several challenges in the quarter however, including a much weaker commodity pricing environment.

During the first quarter of 2019, the average storage utilisation rate across all terminals was 78 percent compared to 82 percent for the same period in 2018, and 68 percent in the prior quarter. A backwardated pricing environment for certain petroleum products continues to impact utilisation rates, particularly at the company’s Danish terminals.

However, several new storage agreements were executed in the quarter which has materially improved utilisation rates in Denmark and customer interest remains strong in advance of new ship bunker fuel regulations that come into effect in January 2020.

It’s overall operations generated first quarter funds of $211.5 million, $42.7 million lower than the first quarter of 2018. The decrease was primarily the result of lower performance in the NGL processing business, which was impacted by lower frac-spread pricing. Reduced FFO in our conventional oil gathering business also contributed to the year over year decline.

“We were pleased to complete our inaugural issuance of $750 million hybrid notes, which is an important financing instrument for our Heartland Petrochemical Complex. Construction work on this transformational project continues to proceed safely, on time and on budget.”