The first cargo of ethylene has been exported from the Enterprise Products Partners and Navigator Holdings’ 50/50 joint venture marine terminal located at Morgan’s Point, Texas along the Houston Ship Channel. 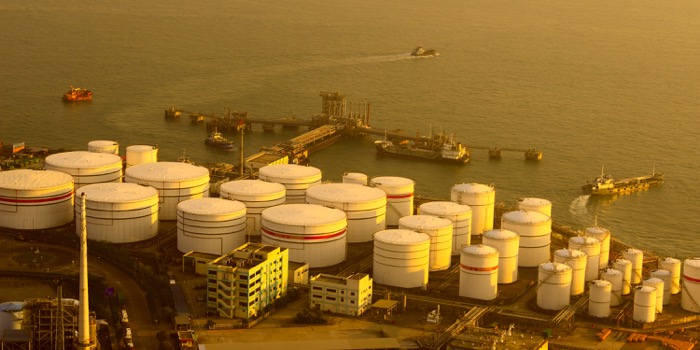 The export terminal is pipeline-connected to Enterprise’s Mont Belvieu, Texas complex, where the company is in the process of commissioning a high-capacity ethylene salt dome storage well with a capacity of 600 million pounds. Enterprise has designed the system to serve as an open market storage and trading hub for the ethylene industry through storage, connections to multiple ethylene pipelines and high-capacity export capabilities.

“Because of abundant natural gas liquids thanks to the shale revolution, the U.S. is now a global leader in ethylene production, with an unprecedented buildout of mostly ethane crackers along the Texas and Louisiana Gulf Coast, providing hundreds of thousands of jobs to local economies,” said A.J. “Jim” Teague, Chief Executive Officer of Enterprise’s general partner.

“Including a second wave of new petrochemical plants now being developed, production of ethylene is poised for continued growth and is expected to exceed 100 billion pounds per year by 2025. We are very pleased to join forces with Navigator to bring this new terminal to fruition, which complements Enterprise’s integrated pipeline and storage network, including the development of open market hubs for ethylene and polymer grade propylene that help ensure price transparency, reliability and flexibility for petrochemical producers and consumers.”

David Butters, Executive Chairman of Navigator Gas, said, “The opening of the jointly owned ethylene export terminal represents the beginning of an expansion of the export of valuable intermediate petrochemical gas products including ethylene and propylene. By domestically manufacturing these products, highly skilled American jobs are created while at the same time, the sale of the petrochemical gases to international customers generates favorable balance of trade and payments. We expect this trend of exporting intermediate petrochemical gases to accelerate, benefiting our specialised tankers. Furthermore, we are working in the development of domestic and international infrastructure projects that will facilitate this important trend.”

In addition to the new ethylene export terminal and storage infrastructure are two projects Enterprise is developing that will extend its ethylene pipeline and logistics system further into South Texas, a leading growth area for new crackers and ethylene derivative plants. A 24-mile pipeline between Mont Belvieu and Bayport, Texas routed through Morgan’s Point is expected to begin service in the fourth quarter of 2020. Enterprise recently announced plans to build the 90-mile Baymark Pipeline from Bayport to Markham, Texas, that is also expected to be completed in the fourth quarter of 2020. Both pipelines are supported by long-term customer commitments and will enable producers and consumers throughout Texas to access the Enterprise open market ethylene storage and trading hub.