Innovator. Water jetting champion. Determined collaborator. And one of the kindest and most considerate leaders in his industry.

Senior figures in the water jetting industry have praised David Kennedy, long-standing Director of the Water Jetting Association, who has died, aged 78. 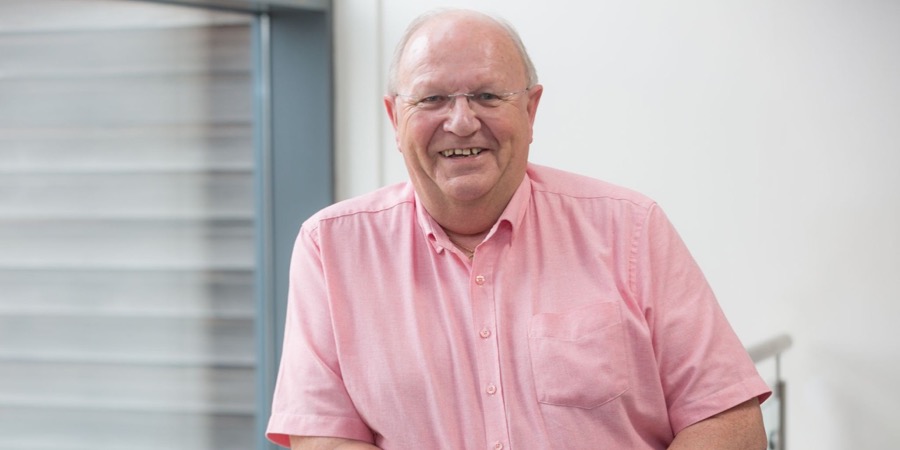 Even after being admitted to hospital, David had wanted to work on WJA business from his bed, having been told to rest by the medical team. He remained actively engaged with WJA affairs until the eve of his passing on 1st October 2022.

It reflected an unrelentingly positive approach to life and a determination to serve the WJA, for which he had worked as director for 13 years and had been associated with since its foundation in 1980.

WJA President John Jones said: “David was, arguably, the biggest champion the WJA has ever had. He genuinely had the greater good of the association at heart in everything he did and said.

“He has also played a huge role in making the WJA the strong, respected, and forward-thinking members organisation for the water jetting industry in the UK that it is today. He will be greatly missed.”

David was born in Maidstone, Kent. He started his working life as an apprentice engineer at Reed Papermills, in Aylesford, Kent, where he worked alongside his father, who was Reed’s Chief Paper Engineer at the time.

He later became a technical salesman for Vickerys Ltd, a specialist paper equipment manufacturer in Greenwich, London, which, in the 1970s, became a distributor in the old Eastern Bloc countries for Harben Ltd – manufacturers of high-pressure water jetting pumps.

This led David to travel behind the Iron Curtain – on sales missions that lasted up to two months at a time – from Poland across to the Romanian Black Sea coast, up into Russia, and through all countries in between, towing the latest Harben pump behind his trusty Range-Rover.

Not that such lengthy journeys would have phased David. He maintained a life-long interest in cars, travel, and motorsport.

In 1980, his interest in water jetting fully established, David joined Harben full-time – first as a sales engineer, then as the manager of the company’s hire and sales depot in Dartford, Kent.

He was rapidly building his knowledge of water jetting, a process accelerated by his involvement in the WJA, which was founded in 1980, and provided ideal opportunities to network with potential customers and suppliers.

In 1986, he moved on, to set up Neolith Pumps (London) Ltd, a water jetting equipment hire, sales and chemicals supply company, on behalf of two other well-established figures in the water jetting industry at the time, Allan Earnshaw and Bill Crompton.

Jetting to the rescue

While at Neolith, David was becoming increasingly known for his innovative approach to water jetting, and an ability to adapt water jetting to solve new and emerging industrial problems. An example was his key role in developing a method to help sink piles during the construction of Canary Wharf in London.

The main contractor on this massive project was having trouble driving piles into the uniquely thick London clay in the old Royal Docks – where the Canary Wharf Tower and surrounding office developments were being built.

David devised a way to place sacrificial water jets at the rims of the tubular piles that accelerated the installation process. It is a method still in use around the world today.

Another project he had a key role in was to find a way to clean mineral deposits from the walls of the newly built Channel Tunnel. The deposits were adversely affecting electric rolling stock running through the tunnel.

In a collaboration between Neolith and Harben, David devised a water jetting system that used tank cleaning heads with specialised nozzles. The equipment was installed on a purpose-built maintenance train that was to be sent through the tunnel on rotations to remove these deposits. It was a solution that proved to be extremely effective.

Again, it has now been adopted as a method of choice in tunnels across the world to counter such disruptive surface deposits.

By this time, David’s reputation for expertise in high and ultra-high pressure water jetting – and his willingness to share it – was becoming well established.

Alistair had been working for David’s previous employers, Harben, just as both Harben and Neolith were being brought together by British Fittings Group, which had acquired both companies.

He said: “I was young and inexperienced at the time. My boss thought David could provide some technical help with a project and sent me along to see him.

“David had this reputation as ‘Mr. Water Jetting’, certainly in the south-east, so I was a little nervous, especially as our companies were being brought together in a process that was uncertain for all concerned.

“But I needn’t have worried. David welcomed me into the business. He showed me round and gave me all sorts of very useful technical advice.

“That was David to a ‘T’. He was very collaborative, loved an engineering challenge and was hugely passionate about water jetting, even more so as his involvement with the WJA deepened. Many, many people like me have benefited, as a result.”

During the next two decades of his water jetting career, David served continuously on WJA committees and twice as WJA President – the Chairman of its Ruling Council.

He ‘retired’ in 2009, having worked for some years for a water jetting hire and sales specialist Doornbos in the UK.

It was not time for David to relax, though. In the same year, he was invited to take on a new challenge, as the WJA’s Emeritus President and Director.

He took on the role with his wife, Anita, who was appointed as the WJA’s administrator. They formed a formidable partnership, working together to resolve significant challenges facing the association at the time.

New standards and performance measures were quickly put in place. Financial management of the WJA was put on an even keel. New invoicing systems were introduced, and management of documents began to be digitised.

He said: “David was a moderniser. He loved his gadgets. He was also a very good organiser. He put computerised administrative systems in place that allowed the WJA to track and control the finances and deliver better service to members. He brought the WJA into the 21st Century.”

“He was super-kind. I worked for myself as a WJA-approved Instructor for 20 years. David would come down to see me regularly, to see how I was getting on and offer advice. He did the same for everyone else, no fear or favour.

“I knew the first time he visited me that he was a can-do guy. My office was in the remotest place, down the bottom of a lane. No one could find it easily first time. But David turned up, on time, no problem.”

The modernisation process continued with new governance systems, including standard operating procedures, a professional charter that all members must sign,, and regular reviews and updates to the WJA’s Codes of Practice.

In 2012, Leanne Smith joined the WJA as an administrator. When Anita had to step back from the association in 2017, due to illness, Leanne continued to work closely with David, driving further change in the organisation.

Leanne, now the WJA’s General Manager, said: “I have never worked with someone so supportive of me. He took me under his wing and kept me there for almost 10 years. I was truly blessed to have experienced working with David.

“The WJA meant everything to David, and he was so protective of it. Most people his age would hate change, but not David. He pushed through, always evolving with changing technology and ideas to keep the WJA moving forwards.”

Central to moving forward has been the WJA’s growth. Under David’s guidance, membership increased significantly, as has the association’s interest in wider forms of water jetting, including pressure washing.

Mike Pirrie, also a WJA Council Member, said: “David always wanted the WJA to be a broad church. That meant it grew and its reputation and relevance has grown as well. He wanted to find a place for everyone. He’s played a pivotal role in turning the WJA into the confident association it is today.”

David has also championed important initiatives in support of a key WJA priority: safety. They included the WJA’s commissioning of research into high pressure fluid injection injuries. The work was carried out by a team of directly engaged NHS emergency medical consultants.

The project scope was outlined, and the medical team brought together, by David’s son, Dr Robert Kennedy PhD, who is qualified to build advanced research projects and is the WJA’s Clinical Research and Development Coordinator. He has followed his father into the water jetting industry as a WJA-approved Instructor.

In 2019, the findings of the extensive and in-depth research were published in the European Journal of Trauma and Emergency Surgery.

A vital outcome was the development of a unique algorithm for providing targeted medical care from the first moments of applying first aid at the point of injury to effective hospital treatment and an onward pathway to recovery.

Wearing his gadget geek hat, in his last months with the WJA, David also enthusiastically supported the introduction of a new digital assessment system, based on a click pad audience response tool.

It is being used to test delegates attending WJA training courses, and promises to improve the quality of assessment, support delegates for whom English is not their first language, and make learning more engaging for all.

Legacy to build on

Another of David’s innovations that emerged over several years, was the development of the WJA’s Annual General Meeting (AGM) into a two-day event that combined mandatory governance processes with an opportunity for WJA members to come together, network, learn and enjoy time together.

David would book speakers for AGMs from the most unusual corners of the water jetting industry and across the world, challenging and educating members about new technologies and opportunities.

He also threw in some curveballs, such as a speaker who turned out to be a former British spy, and another who had served as an RAF supersonic fighter pilot and had been the lead pilot of the RAF Red Arrows display team.

John Jones said: “The AGMs became real occasions. People looked forward to them. But there was always a wider purpose. By bringing in international speakers, the views of members were broadened.

“Speakers also took news about the WJA back to their own countries. It was a way to extend influence and understanding across borders, something David worked diligently to foster through contacts with other water jetting bodies around the world.

“Under David, thanks to his warmth as a person, his natural inquisitiveness, his skills as a networker and passion for water jetting, the WJA’s international reputation has grown.

“That’s the real legacy he has left the association. He created opportunities for the WJA that will stand us in good stead for a long time to come.”