Now, these four 1,200 m³ storage tanks have been handed over and will “soon be in operation”, according to Geldof. 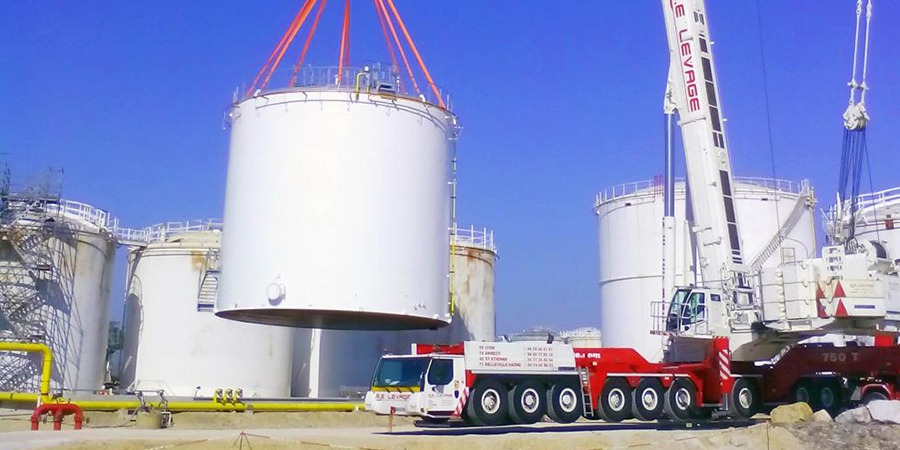 Geldof added that the carbon steel tanks were built close to their final location and fully dressed with secondary steel and fire-fighting pipework.

After painting them, they were transported by SPMT to the terminal and hoisted to their final position with a 700-ton crane.